Croatian Art at the Heart of UK Culture and History 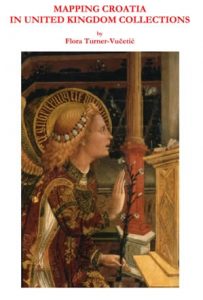 It may surprise you to learn that Croatian artwork can be found in prominent display across the major art galleries and museums of the UK and even in the seat of government at the House of Commons.

Flora Turner-Vučetić launched her attractive information booklet ‘Mapping Croatia in United Kingdom Collections’ at the Wallace Collection in London on 25 February 2013 at the evening of the ‘Croatian Bishop Josip Jurah Strossmayer’ seminar. The colour publication systematically lists by venue, such as the National Gallery or the British Museum, the name of the Croatian artist and their artworks that can be found there. A few taster pictures of paintings, metal work, posters and textiles are included in the 32 page clearly laid out catalogue of Croatian artwork that can be easily viewed in the UK. You can down load a free copy of ‘Mapping Croatia in United Kingdom Collections’, which is jointly published by Welcome Croatia 2013 (to the EU) and the British Croatian Society UK. 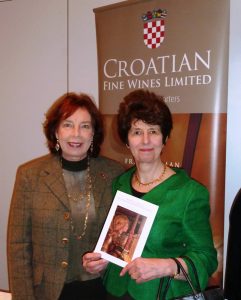 I was really interested to hear Flora give me a specific example of a Croatian artwork that many of us have probably seen, but never knew was created by a Croatian artist. She informed me that Oscar Nemon a Croatian sculptor from Osijek had created the famous statue of Sir Winston Churchill standing in the House of Commons and he had also done sculptures and busts of other famous people including HRH Queen Elizabeth II, Sigmund Freud, Baroness Margaret Thatcher, the Queen Mother, etc.

Then as we were talking, there was a time shift moment, when Flora said to me as Lady Aurelia Young walked into the room “and here is Oscar Nemon’s daughter!” I then had the pleasure of meeting Lady Young who was there to support Flora and the launch of her publication, which has numerous entries of her late father’s work.  Lady Young gives talks about her charismatic and highly talented father, with many interesting and humorous anecdotes. More information on Oscar Nemon can be found at www.oscarnemon.org.uk