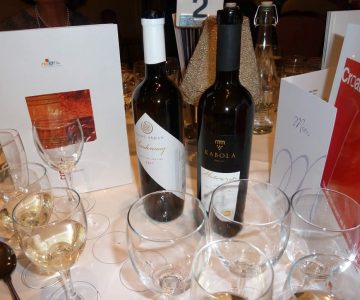 Kabola Malvazija 2011 and Franc Arman Chardonnay 2011 were served with the First Course. 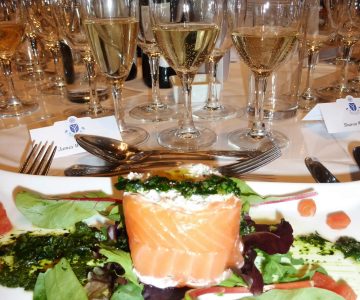 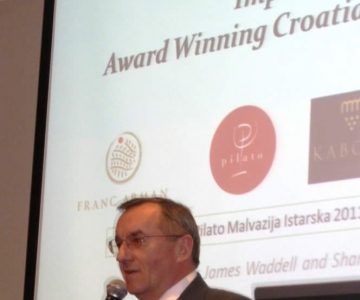 His Excellence Ambassador Dr Ivan Grdešić setting the theme for the Croatian Dinner at Phyllis Court.

Towards the end of 2012, Croatian Fine Wines Limited was invited by Mr Cliff Blakeway, Chairman of the Phyllis Court Wine Circle, to present a sample wine tasting of Croatian wines at Phyllis Court.

Shortly afterwards, the Wine Circle committee agreed that they would like wines from Kabola and Franc Arman from the Istrian peninsula of Croatia, which is near northern Italy, and a presentation on Croatian wines for their Croatian Dinner on Wednesday 8 May 2013.

After careful consideration by the Wine Circle committee and discussions with the Head Chef John Arkle the Croatian wines and the menu was decided upon:

Pan Roasted Medallions of Venison, Served with a Mushroom Duxelle, Edamame and Broad Beans, Asparagus and a Red Currant Jus.

Strawberry Sable with Mascapone and Vanilla with a Light Berry Coulis 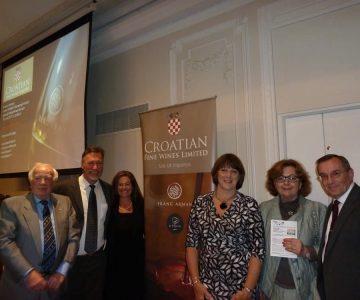 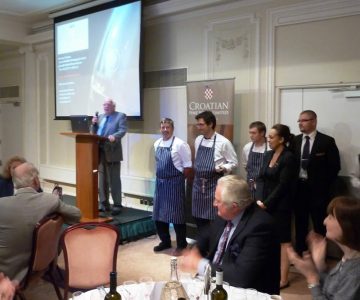 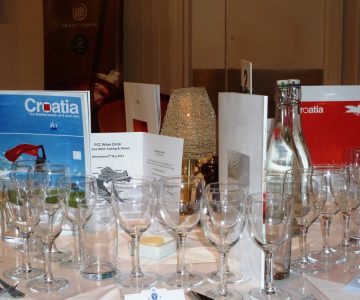 A special shipment of Kabola wines

A special shipment of wine directly from the Kabola winery in the Momjan valley was delivered to Phyllis Court: Kabola Re, their traditional method sparkling wine, which is made from an unusual blend of Malvazija Istarska, Chardonnay and Pinot Noir wines and the recently released vintages of Kabola Cabernet Sauvignon 2010 and Kabola Merlot 2010.

An invitation was also made by the Phyllis Court Wine Circle to the Embassy of the Republic of Croatia London to His Excellence Ambassador Dr Ivan Grdešić and his wife Mrs Elena Grdešić, and Helena Majetić, Officer for Political and Economic Affairs, to attend the Croatian Dinner and was accepted.

The Croatian Dinner event was meticulously planned by Gill Markham of the Wine Circle and went ahead flawlessly with the support of the courteous and efficient service staff.

Ambassador Dr Grdešić made a short speech and other introductions were made, before James Waddell, Managing Director of Croatian Fine Wines Limited, began a presentation introducing Croatia, its wines and the wines that were being tasted with each course.

At the end of the presentation James proposed a toast in front of the Croatian Ambassador wishing Croatia every success on its entry to the EU – unanimously, 136 glass of Croatian wine were raised by all the guests.

The reception to Croatian wines at the dinner was surprise at their high quality and enjoyment at the excellence of the food and wine matches. One lady guest announced during the question time of the presentation that the “Kabola Merlot 2009 was the best Merlot she had ever tasted!“

The Croatian National Tourist Office kindly sent tourist brochures, which were placed on each table and provided primer information for the Wine Circle guests, as the Wine Circle committee are planning a wine tasting tour to Croatia in September 2014.